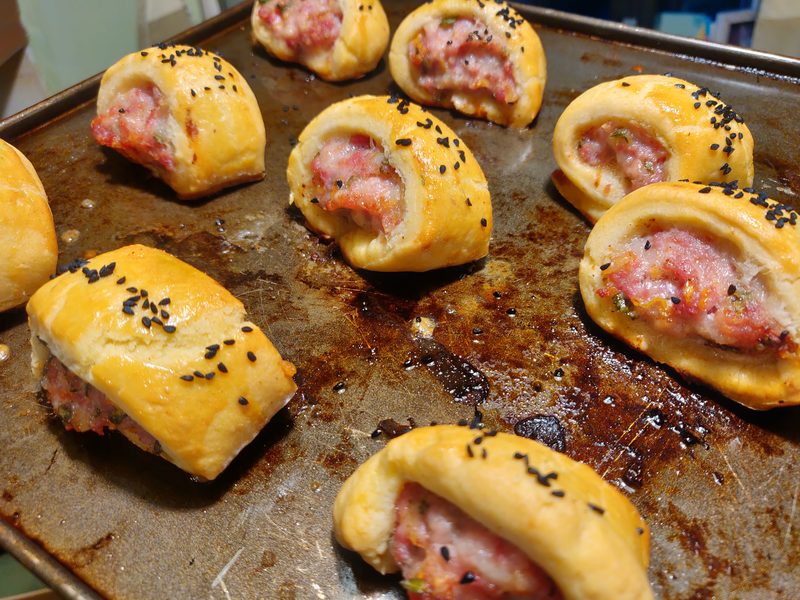 Yet more Completely Perfect for a Saturday tea, but this time I went off piste when following the perfect sausage rolls. I love a sausage roll, they’re much better than the sad limp party food they are thought of as. For these I asked the gang at Block’n’Bottle to mince me a piece of pork belly and a couple of slices of smoked bacon, skipping the pork shoulder that The Cloake suggests. The end result was a touch greasy, so next time maybe I’ll listen. I also upped the ratio of herbs and peel to meat.

I served them with tiny roast potatoes (airfrier magic), a roast onion (done in the airfrier at the same time as the potatoes) and fresh cabbage. The pasty is just solid enough to support the sausage meat which is super lemony and punchy. The nigella seeds add a bit of a bit of a naan like smell. I might be tempted to brush them with melted butter to double down on this. 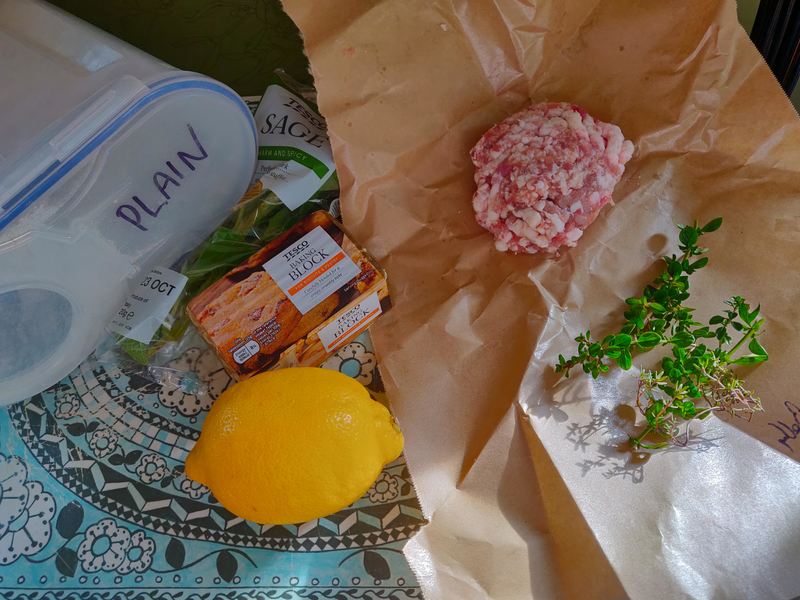 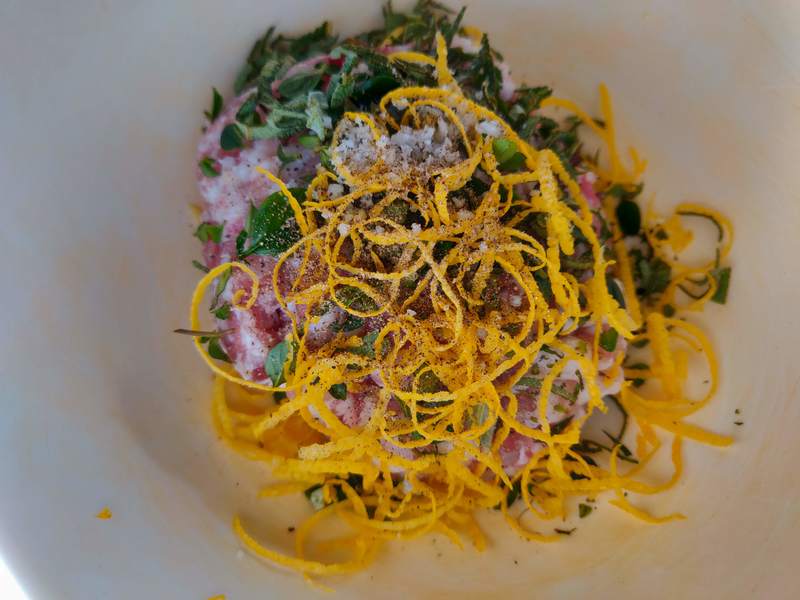 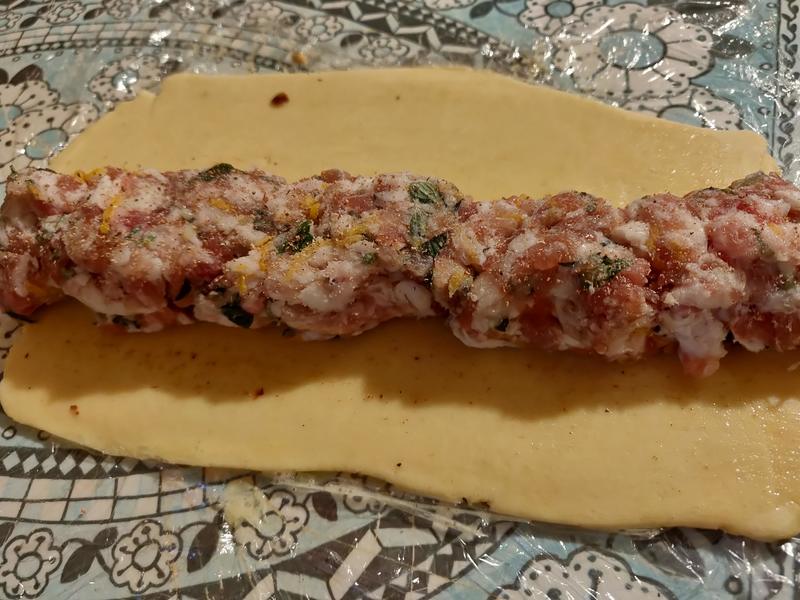 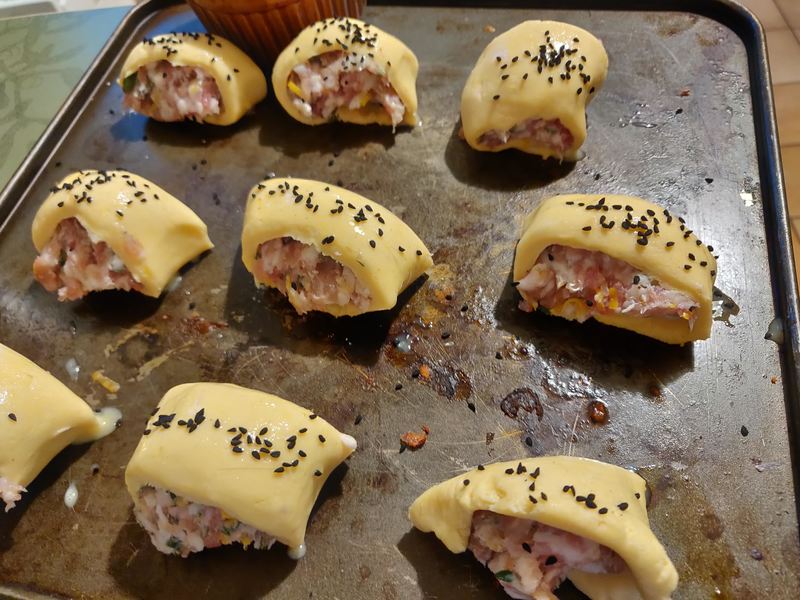