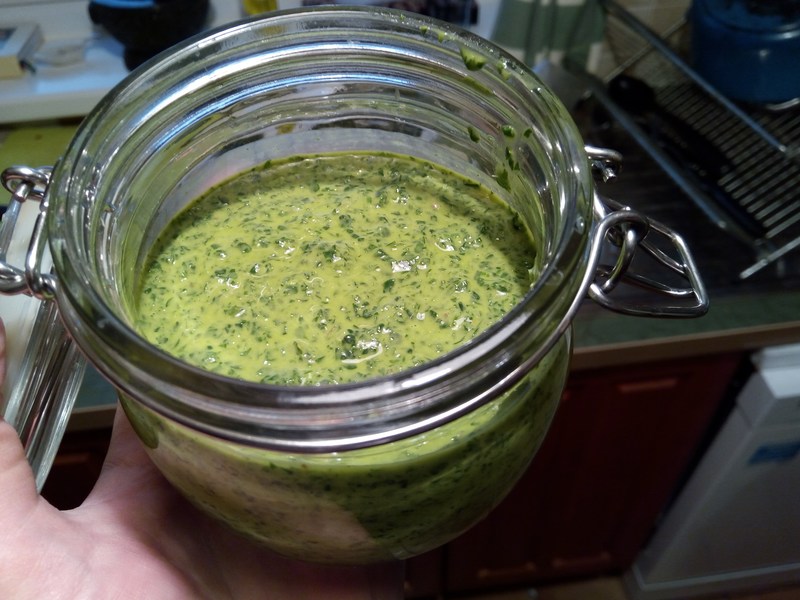 I bought a Phillips Airfryer when it was on sale in the New Year. We’d talked about them for a while but the prce was crazy. £179 reduced to £79 was to tempting. I was hoping for fat free chips, but it turns out they’re a myth. After some experimenting, I’ve come to think of it as more like a super fast fan oven, which is different but interesting, and lends itself well to various cuts of meat. More experiments to come.

Around the same time we ran across a a recipe for “a piquant sause which goes with grilled meats”. An idealy match. We’ve now got a jar of it in the fridge and it’s going on everything at the moment.

The poork remains juicy but the fat it crisp on the outside. The thicker fat will have started to render and has that gentle structured squeeze about it, like a pork scratching. The sauce is sharp, herbal and deeply savoury. 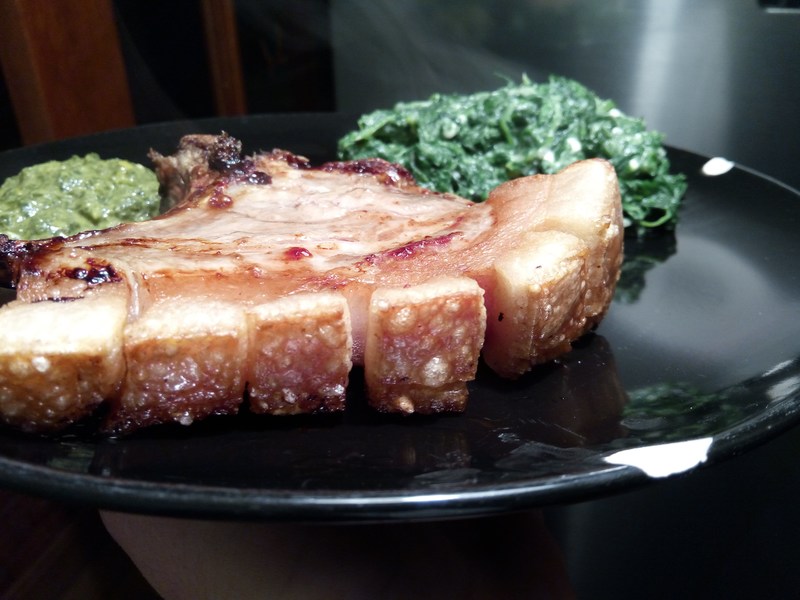