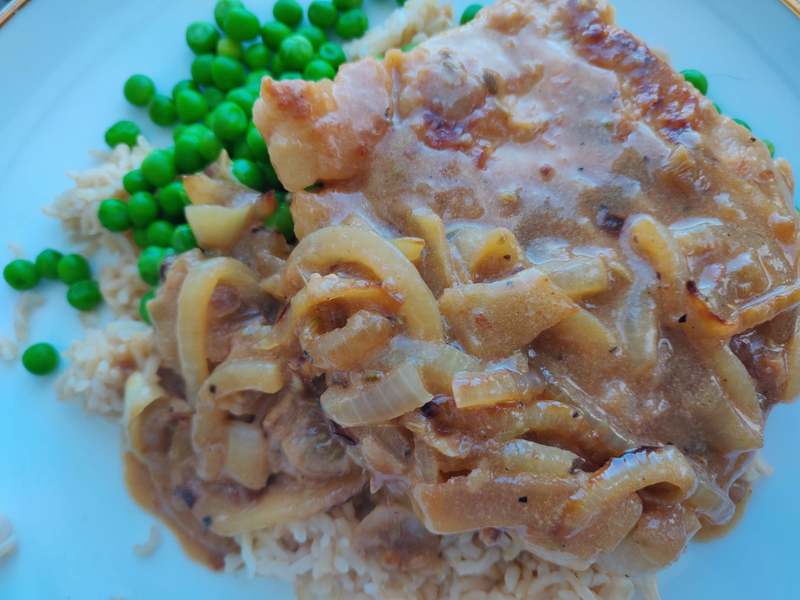 I love a pork chop, they’re a much underrated cut of meat. There were a pair of them in our meatbox this month and I couldn’t resist. Next time I’ll airfry them and cook the sauce at the same time so that I get the properly crispy fat without risking drying them out.

Serve with a starch and a green veg. I went for nutty brown rice and peas, because they’re so easily eaten with a spoon :D

The pork is juicy and the fat has that unctuous gel texture. The pepper and the aniseed of the fennel come though without over powering. 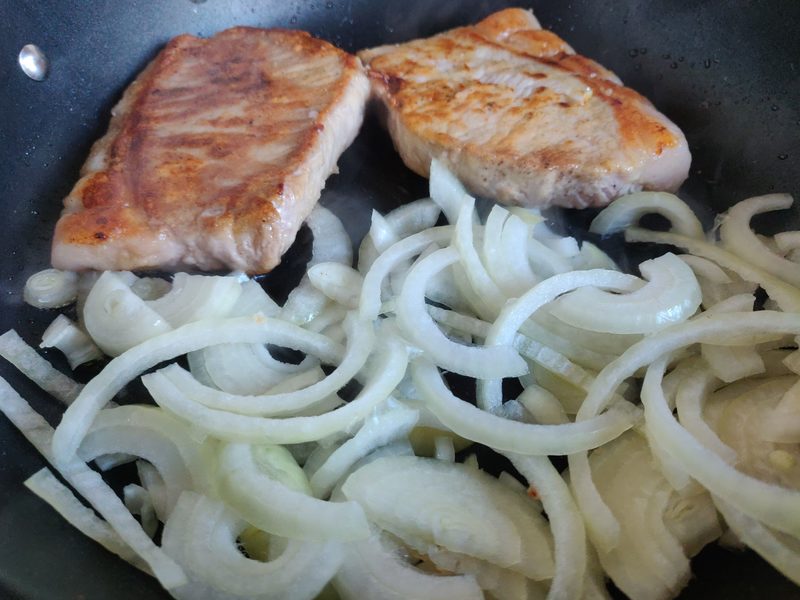 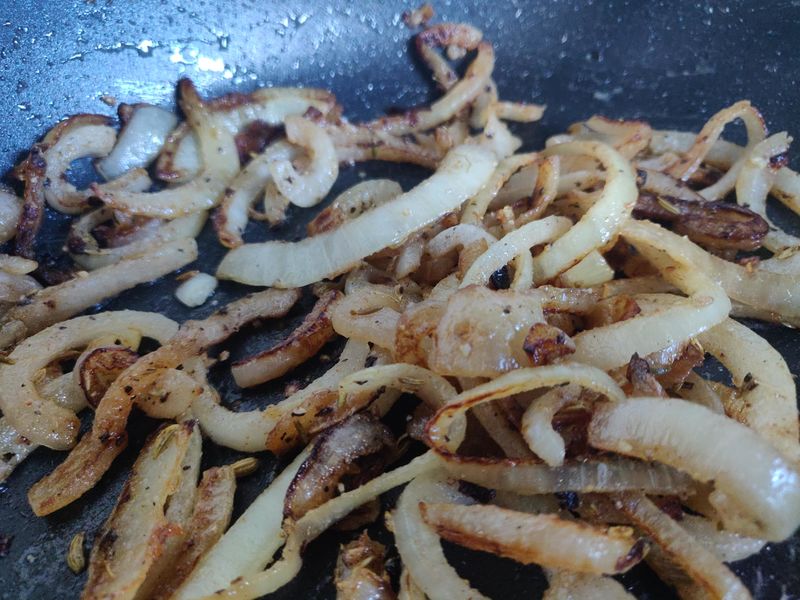 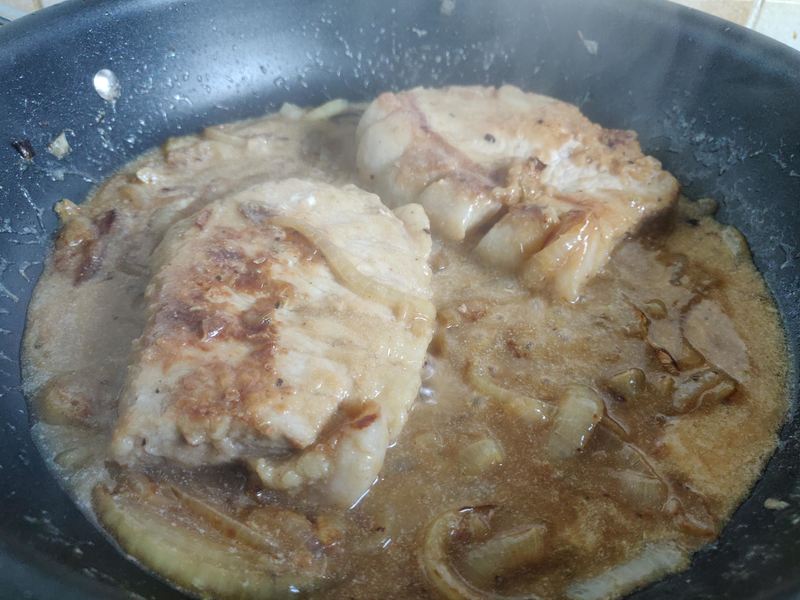 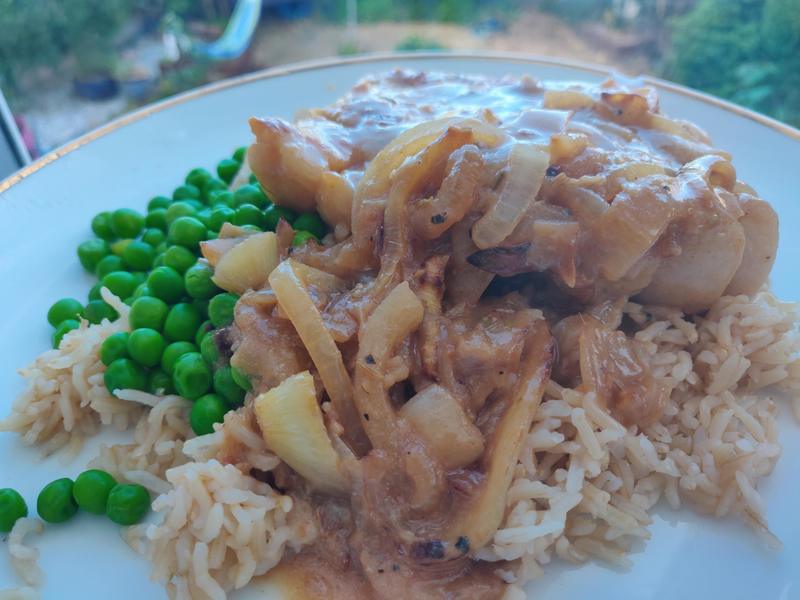