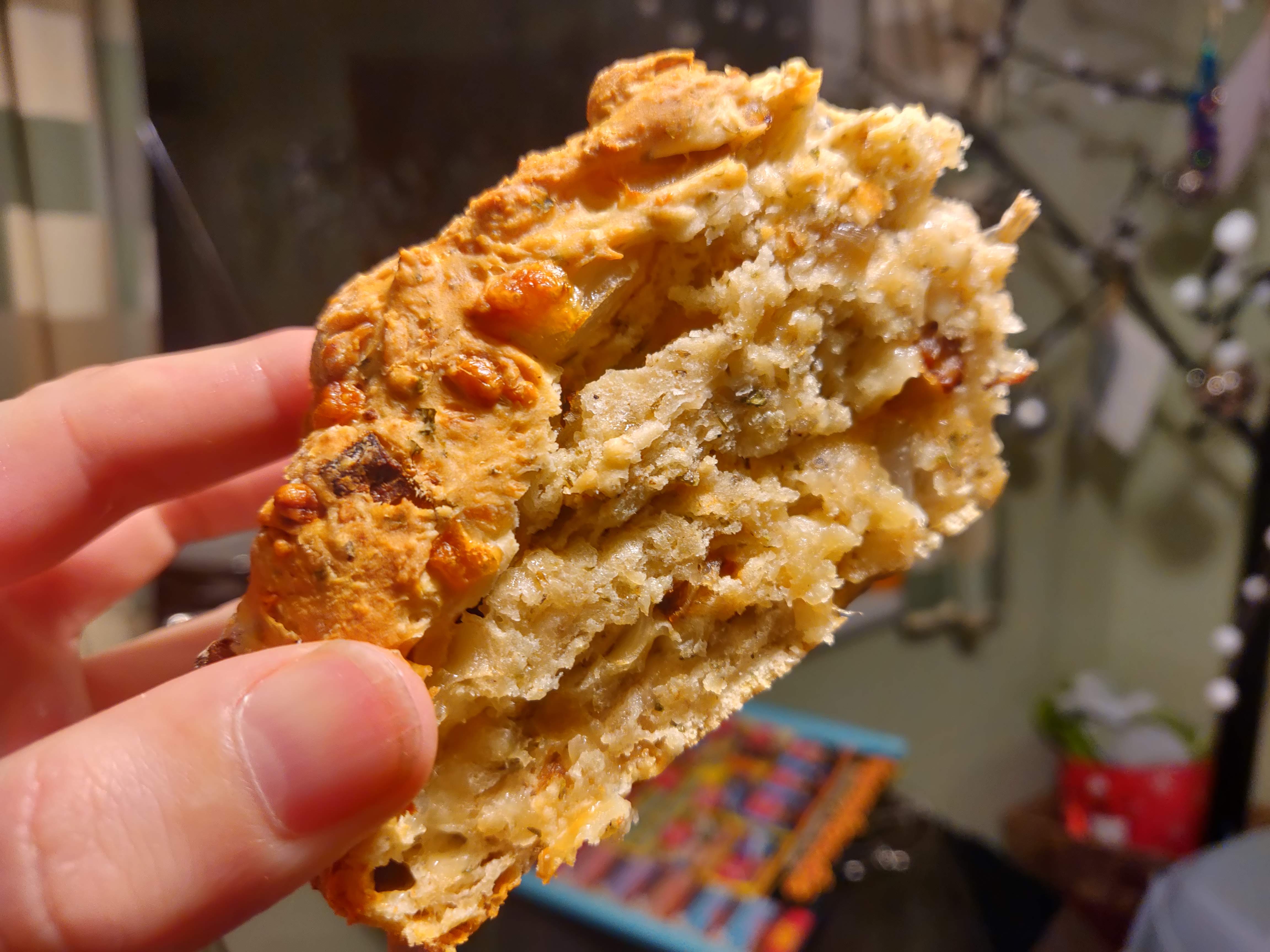 I remember this from growing up, but didn’t know where it came from. A bit of googling suggests it was probably from Nigella Christmas. The original recipe calls for snipped sage leaves. I replaced those with a couple of heaped teaspoons of dried mixed herbs I had in.

Crunchy on the outside, soft inside, much like an armadillo. Best eaten warm, but not straight from the oven. 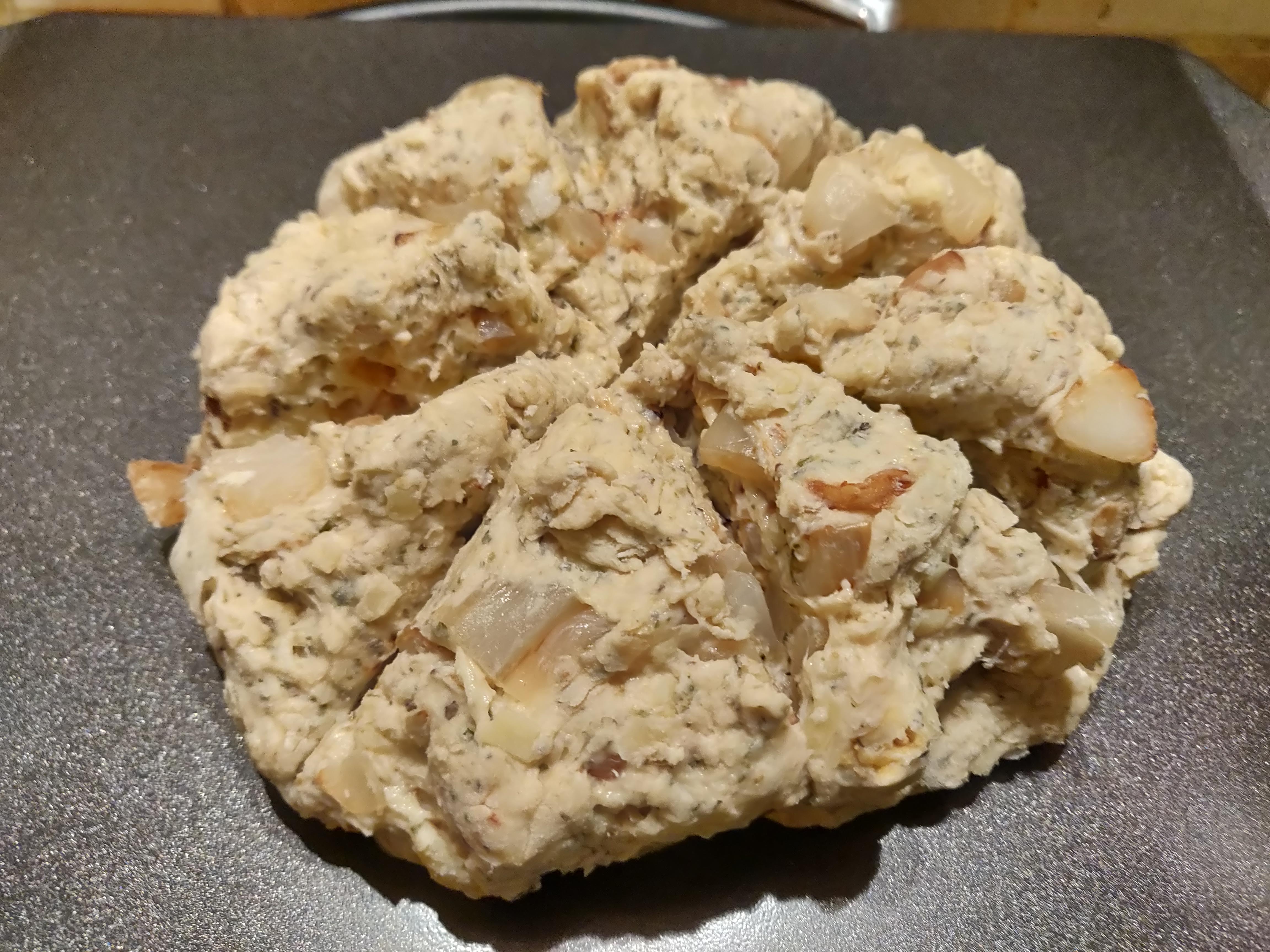