Another Friday night fake takeaway, though this time probably just as unhealthy as the bought variety. I realised I’d never had a vindaloo before, always writing them off as too hot (and thus generally not very flavoursom), but the combination of pork and mustard always sounded good. Hence I made a chicken one, because that’s what I had in.

I’ve no idea how authentic this recipe is, it’s a bit of a mashing up for several I found online. Don’t be put off by the huge numer of spices, with the exception of the tamarind they’re all pretty commonly used so they won’t wste away in your cupbaord.

I did this by eye, so no weights and measures I’m afraid

Just a little too greesy, very spicy, nicely bitter. The chicken comes away from the bone, the onion has broken down enough to to form a velvety sauce. The naans should have puffed up but have a slightly “layered” texture. 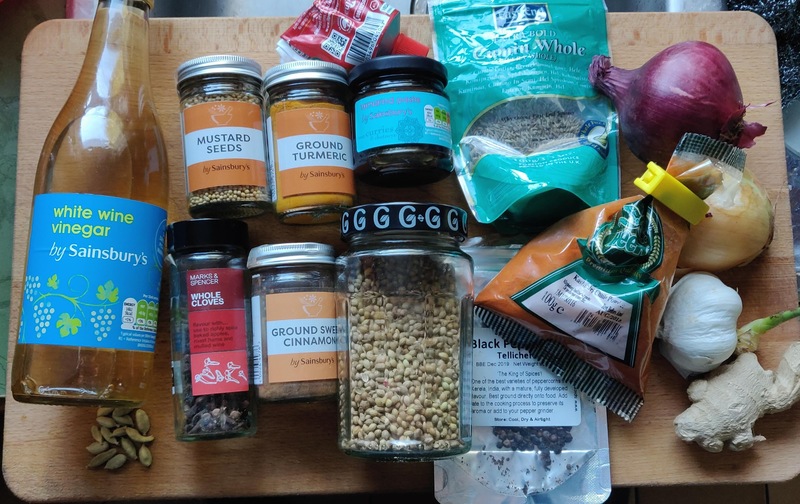